Recording of a huge chorus of periodical cicadas, Magicicada septendecim (scroll down for explanation and additional recordings!). © Lang Elliott. 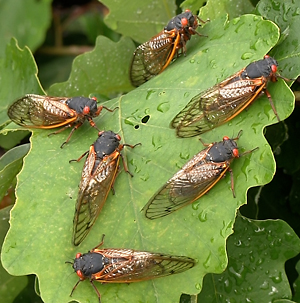 Calling songs of the three species of 17-year cicadas:

The calling songs of the males of Magicicada cassini are loud, high-pitched, and feature numerous clicks followed by a quickly rising buzz:

The calling songs of the males of Magicicada septendecula are not as loud, high-pitched, raspy, and feature a series of buzzes that become more rapid and transition into lisps:

The calling songs of the males of Magicicada septendecim are soft, droning, and low-pitched. These songs feature the familiar “wheeee-ooo” sound:

Annual Cicadas: There are many other cicadas in North America that are not periodical, meaning that individuals of these species emerge in reasonable numbers every year. These are called “annual cicadas” to distinguish them from the periodicals. This is not to say that individuals of annual species have a one-year life cycle. On the contrary, each individual may take many years to develop into an adult, but the life cycles of individuals within a population are staggered so that some adults appear every year. 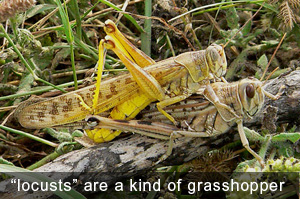 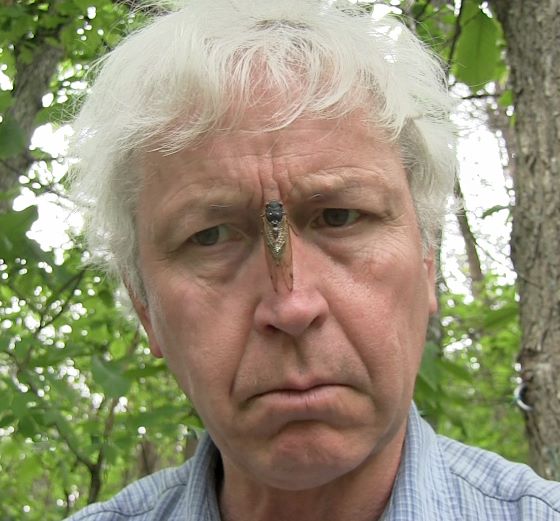 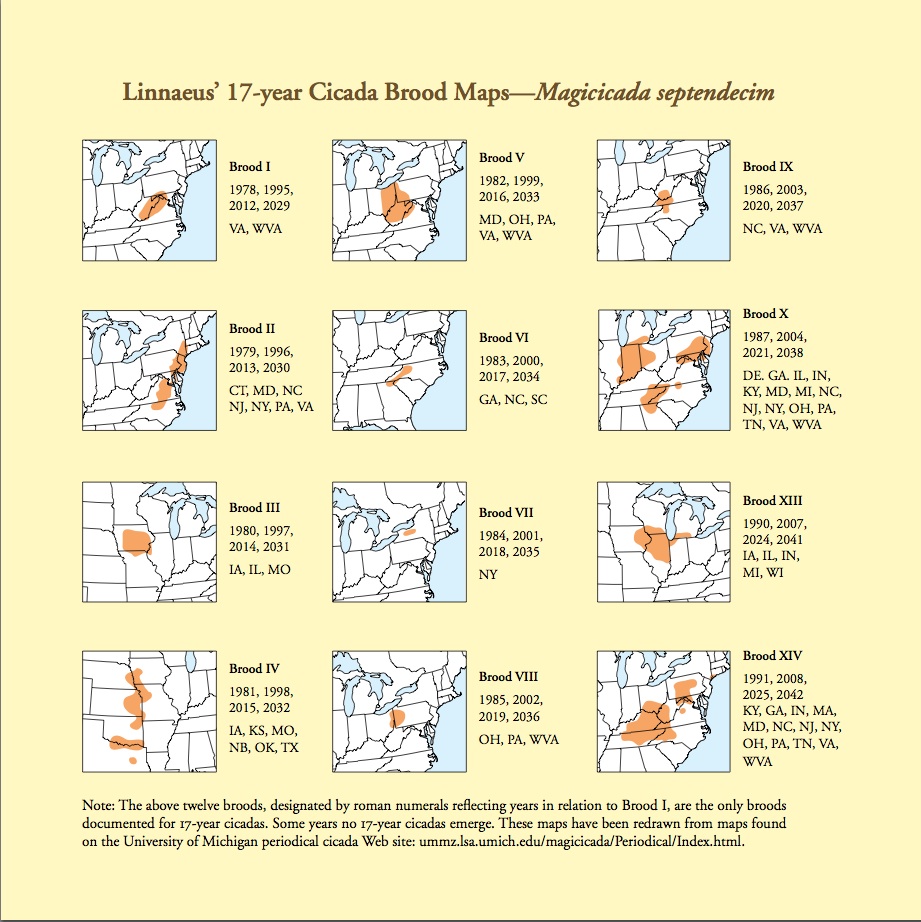 Range Maps for the 12 broods of the Linnaeus’s 17-year Cicada. 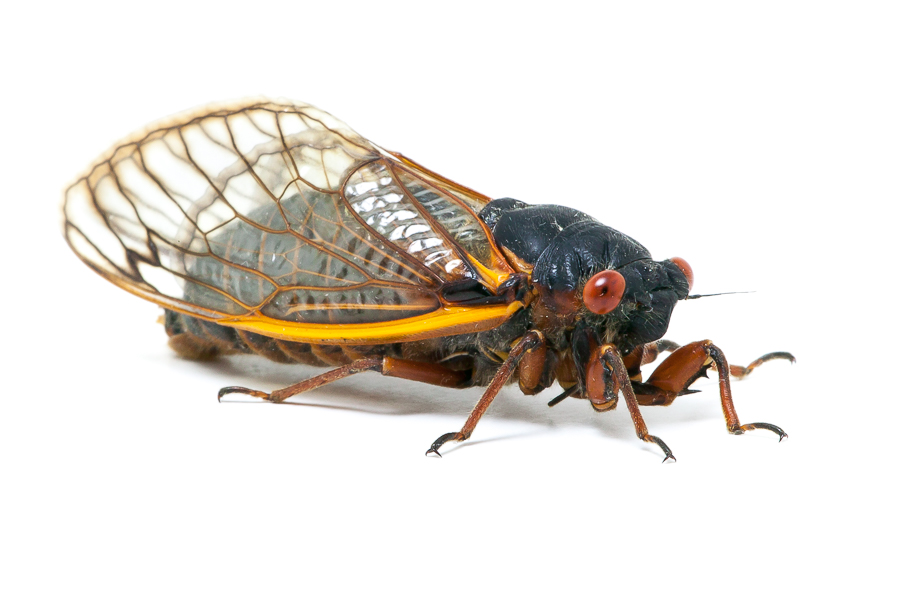