Song of an American Shieldback (scroll down for explanation and additional recordings!). 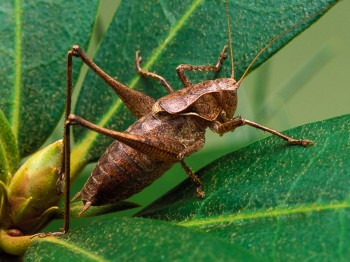 Reddish brown in color, the American Shieldback has an elongate appearance. Its legs are longer than those of most other members of its genus (only the southeastern Robust Shieldback has longer legs), and its very short wings barely extend from below its shieldlike midsection. This species is found in wooded areas, where males sing from low vegetation or from the sides of trees. Once seen, they are easy to capture. 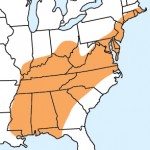 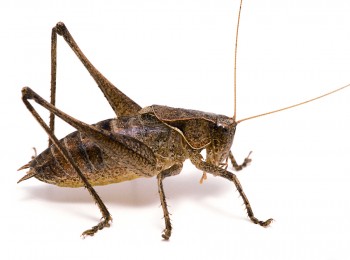