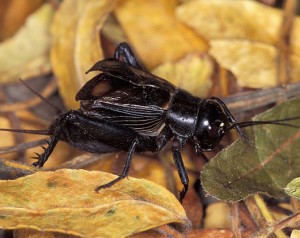 I arrived at Land Between the Lakes late in the afternoon of April 18. As dusk approached, I noticed it was almost dead quiet. No birds were singing, no frogs were calling, and I heard not a howl or yip or chatter from anything furry. But there was one sound that stood out: the incessant soft chirps of crickets, calling from under the leaves along the sides of the dirt roads. An April Chirper, sounding off at dusk from under leaves at the edge … END_OF_DOCUMENT_TOKEN_TO_BE_REPLACED