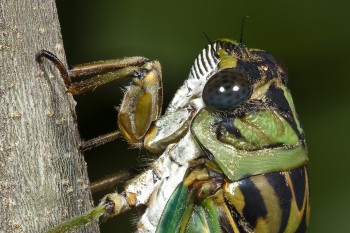 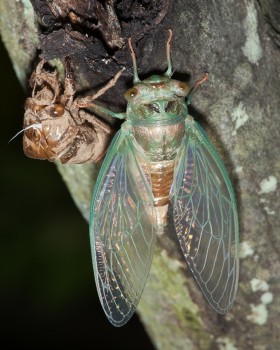 The typical cicada life cycle lasts many years. Females generally lay eggs in the bark of limbs or twigs. The eggs hatch into tiny nymphs that fall from trees and then burrow into the ground, where they feed on roots. The nymphs remain underground for a num- ber of years, growing steadily and shedding numerous skins. Finally, they emerge from the ground, crawl up tree trunks, and then shed their last skins to become adults, leaving their nymphal cases attached to the bark. Over most of our region, emergences begin in midsummer. Adults live only about a month, feeding on plant juices, which they obtain by inserting their piercing and sucking mouthparts into the bark.

Male cicadas have loud buzzing songs that are produced by special organs called “tymbals,” located on the first segment of the abdomen. Most species are easy to identify by song. A male’s song attracts females and may also to serve to attract other males, especially in those species that form noisy mating aggregations.

Nearly all of our eastern cicadas are of the annual type, meaning that adults emerge every year, although some years may yield greater numbers than others. In other words, the life cycles of individuals within a population are staggered, so that there are nymphs emerging as adults every year. In contrast, the “periodical” cicadas have populations in which all individuals are synchronized in their life cycles. The example we include in this guide is Linnaeus’ 17-year Cicada, in which individuals in a population emerge all together just once every seventeen years (see Periodical Cicadas for more information). 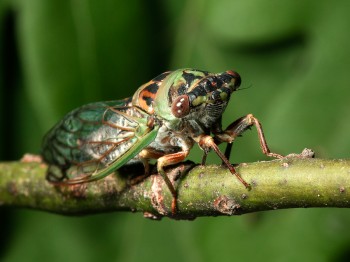 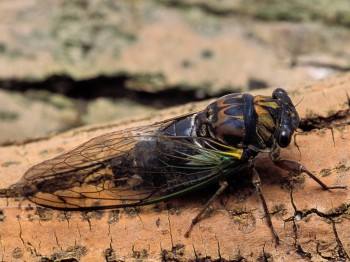 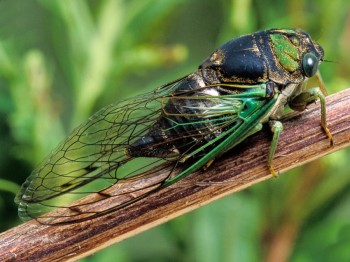 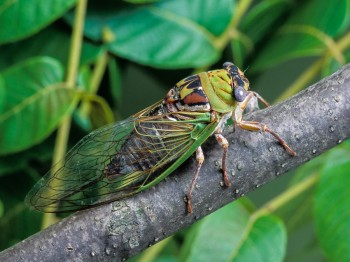