Song of a Thomas’s Trig (scroll down for explanation and additional recordings!). 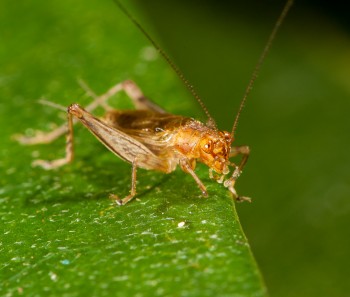 Another small and delicate singer, Thomas’s Trigs are found in trees and shrubs rather than near the ground as with Say’s Trigs. Apparently, they are always found beneath or near pines. This species was just described to science in 2014! Imagine, a somewhat common, loudly singing insect that has evaded specific description all this time. Thomas’s Trigs are very similar in appearance to Say’s Trigs with perhaps less striking markings on the face and paler eyes. This species can be hard to collect as they are often well off the ground. If you find one singing in a shrub, you might be able to carefully maneuver yourself into a position to see the singer. Thomas’s Trigs are extremely fast runners and will jump at the slightest provocation. 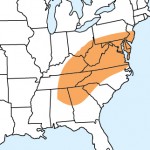 Song: A clear, silvery trill at about 7 kHz that can be heard from a hundred or more feet away. This song is very similar to Say’s Trig however, the pusle rate for Thomas’s Trig is about 17 chirps per second rather than 35-40 chirps per second for Say’s. Males are usually not well concealed while singing, however, their habit of singing from trees and shrubs makes them hard to find.

If you are interested in the scientific literature that describes this, and a number of new Anaxipha species, see this PDF. 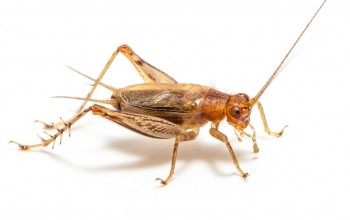