Song of a Long-tailed Meadow Katydid (scroll down for explanation and additional recordings!). 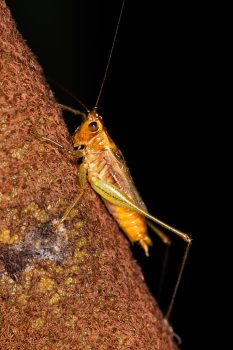 Long-tailed Meadow Katydids can be nearly impossible to find during the day. However, once night falls, they are easy to spot feasting on the seeds of cattails and rushes in their preferred wetland habitats. They are amazingly agile, disappearing in a flash once they see you coming toward them. As the light fades it is easier to get close to singing males and to find females approaching their suitors. This species can be easily seen at night by searching cattails and rushes with a bright flashlight. 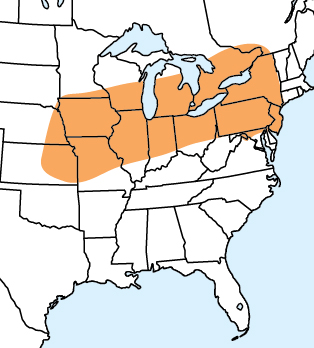 Long-tailed Meadow Katydids range from southern Quebec and the eastern boarder of New York, south through northern Maryland, west to central Kansas, and back north to eastern South Dakota and northern Michigan. The species is abundant in their preferred habitat of emergent wetlands.

Song: Song is continuous and pulsating, lasting for many seconds with brief to very long pauses between songs. Most of the songs energy is in the range of 14 – 16.5 kHz, making this singer very difficult to hear. Mostly heard from sunset into the night from early August through late September. 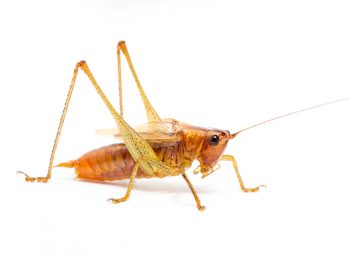