Song of a Marsh Conehead (scroll down for explanation and additional recordings!). 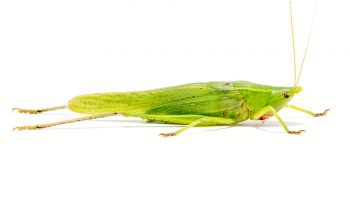 An averaged sized conehead of freshwater marshes is the Marsh Conehead. They are fond of cattails and other tall emergent marsh vegetation where they perch to sing and feed at night. They can be found in two color forms. The green forms are brightly colored and once spotted, are easy to see resting on the stems of the darker green vegetation typically above calf-deep water. Brown forms can also be found, but seem to be in the minority. They are very sensitive to being illuminated by a flashlight or headlamp and will fall silent easily. 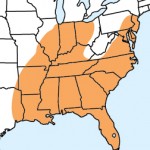 Marsh Coneheads can be found from northern New Jersey and northern Ohio, south to the Gulf Coast of Louisiana and Florida. They are absent from the higher elevations of Western Maryland, West Virginia, most of Pennsylvania and eastern Ohio.

Song: The song of the Marsh Conehead is comparatively quiet for a conehead, with peak energy at 13kHz. The long, smooth, buzzy songs are heard at night and end abruptly, beginning with a short fade-in. The songs can be hard to hear over the din of other singing insects at the freshwater wetlands this species calls home. Carefully walking toward a singer, keeping your light off to the side, is the best way to see one of these handsome coneheads singing. 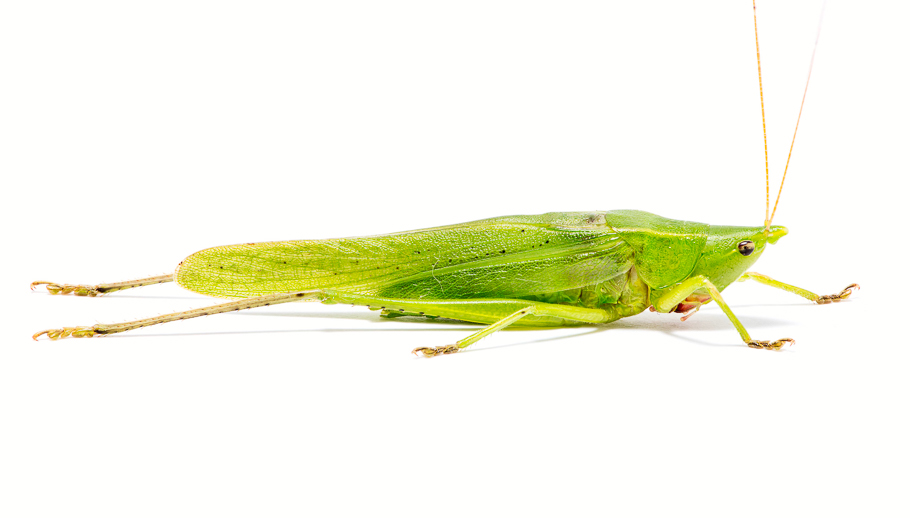