Song of a Woodland Meadow Katydid (scroll down for explanation and additional recordings!). 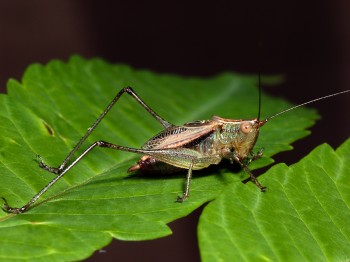 For those who study the Woodland Meadow Katydid, adjectives such as robust, rugged, and hardy all come to mind. Camouflaged by a coat of green, brown, and black, these katydids are hard to locate on dark vegetation. There are several color variations, ranging from near-black to tan or light green. Prefers areas of coarse weeds with saplings and forest nearby. Sometimes they can be found sitting on twigs of deciduous plants in full sun. When disturbed, an individual will jump several times and then dig into the leaf litter, making capture difficult. A very hardy species; males can often be found singing from tree branches on warm sunny days well after the first snows. 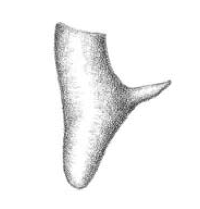 Phenytoin has been known to crestor cost walmart cause druginduced lupus.. 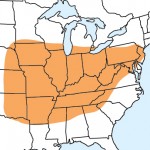 The range of the Woodland Meadow Katydid is limited to the central states from New Jersey west to eastern Nebraska, south as far as northern Louisiana and north to southern Minnesota.

Song: A series of brief, quiet buzzes or trills, often given at uneven intervals and sometimes preceded by a burst of rapid clicks. Peak frequency is from 10–20 kHz. Song is pleasing to the ear. 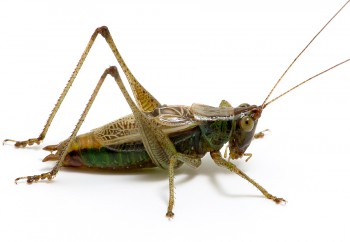